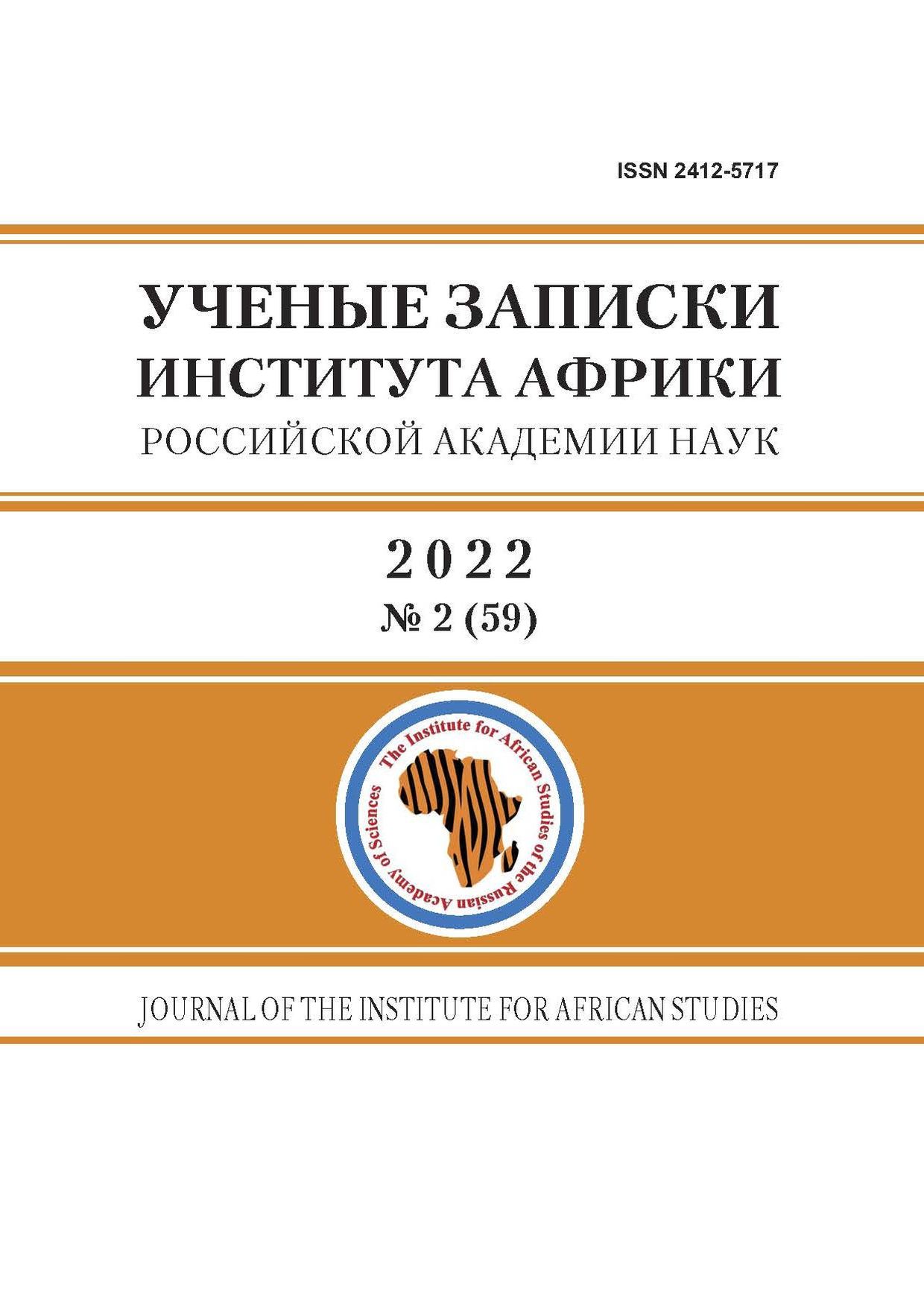 The scientific journal “Journal of the Institute for African studies” – is the only periodical in Russia, entirely devoted to the problems of African countries – it publishes articles and other materials on international relations, political, economic and social processes occurring in the African continent, its history and cultural anthropology . Giving priority to Africa’s topics, the magazine also introduces readers to research on general issues related to the following areas of science: world economy, international relations, globalistics, political science and history – provided that the issues studied in the articles are important and have a direct impact on the development of African countries, and the work reflects the relevance of the problems under consideration for the countries of the continent.

The authors of the journal, leading Russian and foreign Africanist scholars, reveal both the topical and fundamental problems of the region. The publication is recognized in Russia and in the world scientific journal on socio-political and economic research in the field of African studies. In accordance with existing agreements on scientific cooperation with a number of research centers (SICs) of African studies in Russia, African countries, Europe and the USA, the magazine provides an opportunity for partner SICs to inform the Russian audience about the results of their scientific developments.

The journal “ Journal of the Institute for African Studies” is the only scientific publication in Russia that introduces the achievements of African social science to the Russian reader on a systemic basis. The journal regularly publishes articles by researchers from African countries: economists, political scientists, historians – scientists from national research centers of African countries and professors from leading universities of the continent. Among the authors of the journal are also well-known Africanists from Western countries.

The founder of the publication is the Federal State Budgetary Scientific Institution : Institute for African Studies of the Russian Academy of Sciences.

The journal “Journal of the Institute for African Studies” was founded in 1998.

The journal is indexed in the Russian Science Citation Index (RSCI). RSCI is a national bibliographic database of scientific citing, accumulating more than 12 million publications of Russian authors, as well as information on the citation of these publications from more than 6,000 Russian journals. It is intended for operational support of scientific research with relevant reference and bibliographic information. It is also a powerful analytical tool for assessing the effectiveness and efficiency of research organizations, scientists, the level of scientific journals, etc.

The Journal is listed in the Register of peer-reviewed scientific publications approved by the Higher Attestation Committee (VAK) of the Ministry of Education and Science of the Russian Federation for publishing of main scientific results of dissertations for the academic degrees of PhD and DSc (the “VAK List”,  https://vak.minobrnauki.gov.ru/).

The publication is registered in the Federal service for supervision of communications, information technology, and mass media (Certificate PI No. FS77-60887 dated March 2, 2015).